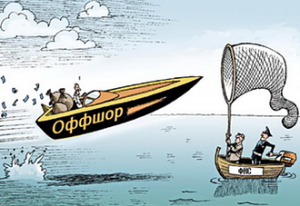 Controlled foreign companies (CFCs) are foreign legal entities or unincorporated businesses controlled by Russian individuals or legal entities by means of membership interest or in any other way.

Control is a possibility for influencing decision-making related to the distribution of after-tax profits.

– over 10% share in capital, if membership interest of RF residents exceeds 50%

– over 25% share in capital, if membership interest of RF residents is less than 50%.

Consequences of recognition of CFC

However, income taxes paid in CFC’s country of residence reduce taxes payable in the Russian Federation.

CFC’s income is determined on the basis of its financial statements audited by an independent auditor or reviewed under rules set forth in the Chapter 25 of the Tax Code of the Russian Federation.

In order to declare CFC, it is necessary to:

Failure to provide the notification of the membership interest: 50 000 Roubles per document(Item 2 Article 129.6 of the Tax Code of the RF)

Failure to file NDFL tax return: up to 30% of tax amount payable(Article 119 of the Tax Code of the RF)

Failure to pay the tax: 20% of the outstanding tax amount(Article 122 of the Tax Code of the RF)

Provision of comprehensive services to CFCs

First. There is an increase up to 15% of the “unfair” tax rates on income in the form of interest and dividends going from Russia abroad to offshore jurisdictions named by…

How will be provide deferred payments of taxes and premium rates changed?

Which organizations can expect these tax preferences?

According to the address of the President of the Russian Federation, support should be provided to small and medium-sized businesses and microenterprises.
​

and we will call you back